Manchester City goalkeeper Ederson called for the introduction of concussion substitutes to football following the clash of heads between Raul Jimenez and David Luiz that left the former with a fractured skull.

Wolves striker Jimenez was immediately taken to hospital after the incident early in Sunday’s 2-1 win at Arsenal, but Luiz played on for the remainder of the first-half before being replaced at half-time.

“I was very worried, I was watching the game. I played with Raul Jimenez at Benfica,” Ederson said on Monday.

“I think all the concern and care is very important. It is a part of the body that needs special attention.

“When there is a blow to the head there should be a substitution, whether the player can continue or not. You could be feeling OK but after you could feel the consequences.”

Ederson has personal experience of nasty head knocks as he needed eight stitches to repair facial wounds after being caught the boot of Liverpool’s Sadio Mane in 2017.

And in June he knocked out teammate Eric Garcia as he charged from his goal in a match against Arsenal, that saw the Spanish defender wear a scrum cap on his return to the field.

City boss Pep Guardiola called for clearer guidelines on whether any head knock should result in a player being substituted, even if they pass the on-field concussion check by club doctors.

“I don’t know the protocols,” said Guardiola. “Some of them say you have to be immediately out, some of them say no. It should be clear because in the head it’s always so dangerous.”

Football’s lawmakers IFAB have opened the door for concussion substitutes to be used on a trial basis with the English Football Association hoping to do so in this season’s FA Cup.

Liverpool defender Andy Robertson said concussion subs would get the backing of players.

“Concussion subs would make sense, It’s not a natural injury getting concussion like that,” said Robertson, who was in the Hull City side when his former teammate Ryan Mason suffered a fractured skull against Chelsea in 2017 that forced him to retire from football.

“For me and the players that would make sense. Hopefully that’s maybe something that can come in.”

Arsenal manager Mikel Arteta defended the decision to leave Luiz on the pitch for 40 minutes after receiving treatment in the match on Sunday.

The Brazilian defender had blood seeping onto a white bandage round his head during the first half and was eventually withdrawn.

“I just had news from David that the doc made all the tests and followed all the protocols to make sure that he was fine,” said Arteta. “He responded really well to all of them, but it was a nasty cut.

“David wanted to continue and he continued, but at half-time we decided to take him out because he was uncomfortable heading the ball.” 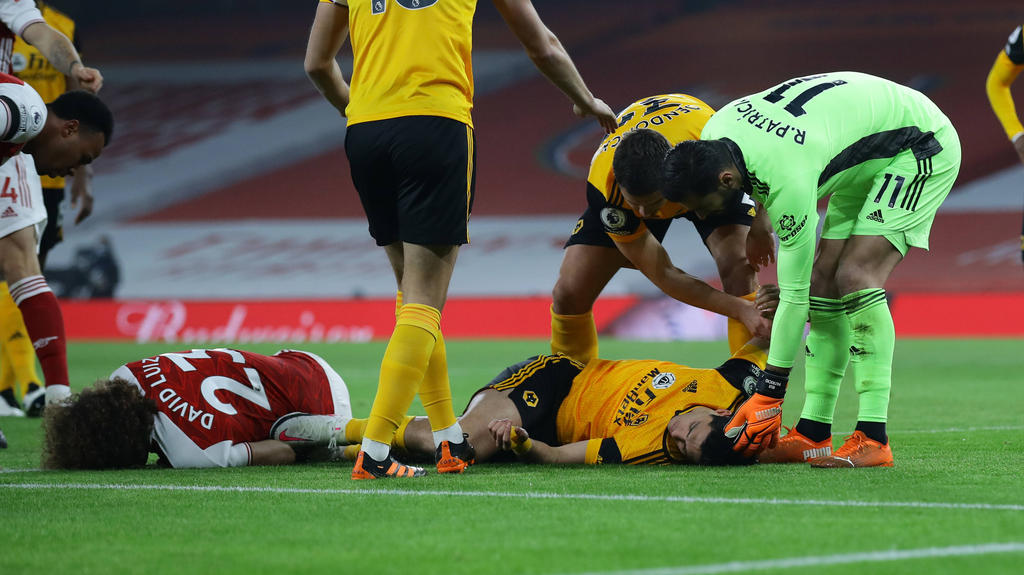