Arsenal boss Mikel Arteta said on Wednesday he was the “solution, not the problem” following former

Arsenal boss Mikel Arteta said on Wednesday he was the “solution, not the problem” following former captain Pierre-Emerick Aubameyang’s departure from the club after a series of disciplinary problems.

Aubameyang left the Emirates Stadium for Barcelona last week after agreeing a contract termination with the English side, allowing him to sign for the Catalan giants on a free transfer.

The 32-year-old Gabon international had not played for Arsenal since December, when he was stripped of the captaincy by Arteta after returning late from an agreed break.

Asked at his unveiling as a Barca player what had happened in London, Aubameyang said: “I don’t think I did anything wrong. I think (the problem) was just with him. He wasn’t happy. I was calm and that’s it.”

But Arteta countered those claims as he addressed reporters on the eve of Arsenal’s Premier League trip to Wolves.

“You ask the question directly to me, so I respond,” he said.

“I am extremely grateful for what Auba has done at the club, for his contribution since I have been here and the way I see myself in that relationship is the solution, not the problem.

“What I am saying is that I’ve been this solution, 100 percent, I can look in the eye of anybody.

“I do lot of things wrong, for sure. But the intention all the time is the best — and not for me, it is for the club and for the team.”

The onus on scoring the goals to keep alive Arsenal’s top-four ambitions in the absence of Aubameyang now falls on Alexandre Lacazette and Eddie Nketiah.

Both men have less than six months remaining on their contracts but Arteta has backed them to fill the void even though Lacazette has scored just three Premier League goals this season and Nketiah is yet to get off the mark in the league.

“Auba’s trajectory at the club and the importance of his goals is unquestionable,” Arteta said, confirming Lacazette would captain the side for the time being.

“But we have other players, and we believe we have other qualities in different ways to try to accomplish the amount of goals that we need in the team. That’s what we are going to try to do.” 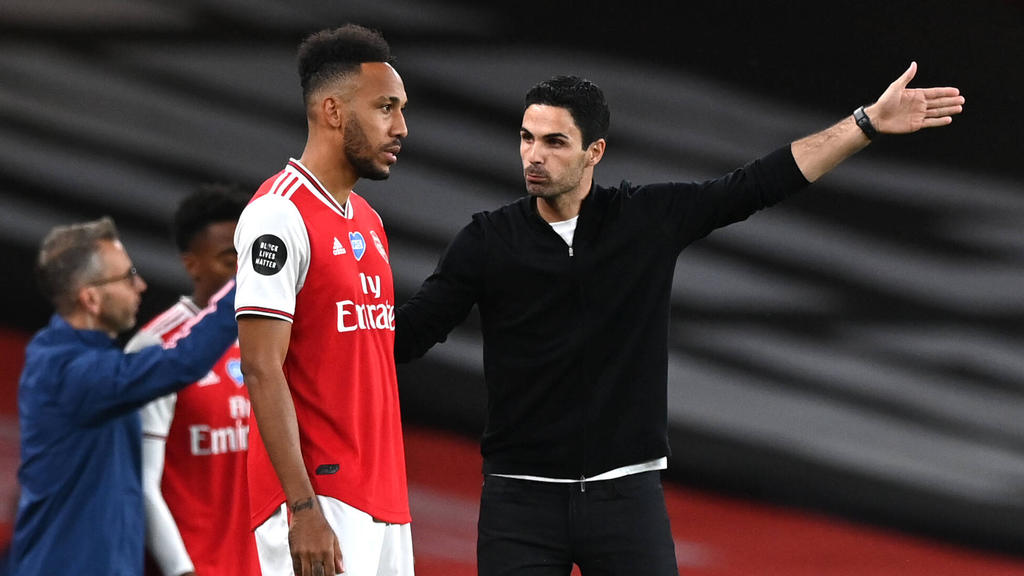 No Ronaldo, no problem as Man City thrash sorry Arsenal